Today (2/4/12), Misty Moncur and I are trading places.  I'm doing a guest post on Misty's blog, and she's here answering my questions.  I'm really excited because yesterday, we heard that Misty is a Whitney Award finalist for 2011.

Before the interview, just a reminder:

Why Not? Because I Said So.  is doing a review and giveaway.
Hardcover Feedback is interviewing me and doing an e-book giveaway.

Inga Silberg for a review, my guest post on attitude and a giveaway 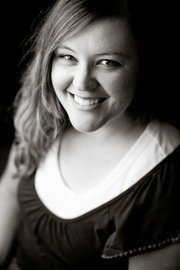 So, let's start the interview.  Misty Moncur is the author of Daughter of Helaman, a book about a girl who wanted to be a part of Helaman's stripling warriors in the Book of Mormon.  Her book has gotten great reviews.

I'll bet you learned a ton about the women of the Book of Mormon while writing Daughter of Helaman and the other books in your series.  What's one thing you learned?
I love to look at the examples of women in the Book of Mormon.  There are so relatively few that you know they must be important, and you know they were included for a reason.  You’ve got first Sariah, and then the daughters of Ishmael, some of whom followed Nephi and some of whom were willing to stay with Laman and Lemuel.  You’ve got the dancing daughters of the Lamanites who apparently fell in love with their captors.  You’ve got the wife of Lamoni, who was converted by a vision.  You’ve got the Lamanite queen who married Amalakiah after he killed her husband.  You’ve got the mothers of the stripling warriors who left their homes and carried their babies to Zarahemla.  They were refugees before they were those strong Ammonite mothers we so often think of.  You’ve got Abish, secretly faithful among non-believers.  You’ve got Isabel, who tempted Corianton, the son of the prophet, who was raised well and on a mission.
I think when you take all these examples together, you get a more accurate idea of what the women of the Book of Mormon were like: us.  They were just like us.  Some were faithful, some were not.  Some were doing good, others were not.  We are still that way today, and I think even within ourselves we have pieces of each type of woman, and every one of us is at a different place in her progression.  They loved, they fought, and they feared. They prayed, they danced, and they fed and clothed their families.  They were given in marriage.  God wanted them to be happy in the same way he wants us to be happy.  It’s in there.  You just have to be looking for it.
You're a full-time mom and work full-time.  How do you find the time to write?
I fit writing in because I love it and I’m not happy without it.
I steal snatches of time whenever I can, but what has worked best for me is utilizing my breaks at work.  I have a five minute break every hour, so I take out my trusty pen and paper and just write like a man woman.  I know I only have just a few minutes to get my thoughts down.  I know I don’t have time for perfection, so I don’t waste time staring into space, overthinking things, or trying to get it just right.  By the time I get it typed up, it’s already a second draft.

If you had to go back in time to fight a Lamanite, what would be your weapon of choice?
Something modern like pepper spray.
Just kidding.  What an awesome question!  I’ve never thought about it.  My main character, Keturah, chooses a sword, probably because that is what I would initially choose.
Giving it a little more thought, I would want something I had a lot of control over, but I would prefer something that didn’t require me to be right in my opponent’s face (or him in mine).  I guess I’d choose arrow, sling, or catapulting fireballs.  But if we’re talking hand to hand combat, maybe I would go with something like a javelin—longer than a sword but still capable of placing deliberate blows and providing a measure of defense.
What quote or thought keeps you going?
I always like that poem by Henry Wadsworth Longfellow that says

The heights by great men reached and kept
Were not attained by sudden flight,
But they, while their companions slept,
Were toiling upward in the night.

It’s something I read when I was a young girl, and I don’t have a huge interest in Longfellow or anything, but this rhyme has popped into my head at some of the toughest times.
What do you do for fun (other than write)?
These questions get harder and harder.  For fun?  Is read an option?
Honestly, it is more about who I am with than what I am doing.  I love to hang out with my husband, get together with my friends, or sit around and chew the fat with my family.
What kind of research did you have to do for your series?
I did a lot of research on topics like skinning deer and tanning hides; vegetation specific to certain regions and what plants can be used for medicines; a broad range of ancient civilizations and what is known of their cultures and social structure; cooking and eating rattlesnake; both ancient and modern weapons and fighting techniques.  I’m currently reading about nautical terms, trade routes, currents, and how lift makes it possible to sail into the wind.
I might spend days researching something and then only use a little of the info once in a whole book, but I want the details to be as true as possible even though the complete setting they make is utterly (and by necessity) fiction.  I try to read several sources before I choose what fits the setting and mood I have already created, which is a conglomeration of things from around the world.
And of course, I couldn’t write a novel based on a Book of Mormon story without researching within the Book of Mormon itself.  I studied the chapters and verses that detail Book of Mormon geography to the point that I could close my eyes and envision myself in Nephite lands as easily as I can envision myself in the Salt Lake valley.  I didn’t want to have to be constantly checking details while I was writing (that can be so distracting and time-consuming).
As an author, I have to make up so much of the setting and storyline, but I do try to make sure none of my details directly contradict what is actually in the Book of Mormon.  So in this genre, the story could be true, though we know it isn’t.
I also studied the accounts of the Anti-Nephi Lehies, their conversion and travels, and the Stripling Warriors.  And then I took precedents from other chapters of the Book of Mormon to illustrate what could have happened—for instance, Moroni arming the women and children who were prisoners in the city of Gid.  Might they have armed women?  Based on that scripture (Alma 55:17), sure.
How do you come up with the names for your characters?
Character names have always been really difficult for me, but writing this series was very different.  I found that most of the characters were easy to name, and I actually enjoyed picking out and settling on each one.
As with the flora and fauna, the names are from languages all over the world.  Kenai is from up Alaska way.  Kanina means rabbit in Icelandic.  Darius is Greek.  I chose names I liked in order to create a deliberate style in my books.  I really like the not so common but not too strange bible names.
What's your favorite indulgence?
Chocolate.  And I like to eat it alone.
Which of your characters do you like best and why?
In Daughter of Helaman, I really like Zeke.  He is kind of the underdog and kind of sweet.  Sure he’s possessive and tries to be controlling, but I think he is just a product of his culture.  He was raised with an expectation that Keturah is not fulfilling.
I think that is why my favorite character is Eliza, who appears in book five of the series.  I fashioned her to function perfectly within the culture and be the perfect counterpart for a man like Zeke.  I like her because she is faithful, not only accepts but loves her role as a daughter of God, and takes deliberate steps towards her goals.  She seeks and follows the guidance of the Spirit.  She’s understanding, patient, and sticks up for herself.  Lots of things I am not.
What's your favorite book or books?
I like romances.  I can’t help it.
Email Post
Labels: book reviews Misty Moncur interview