6 Ways to Get Your VOICE On 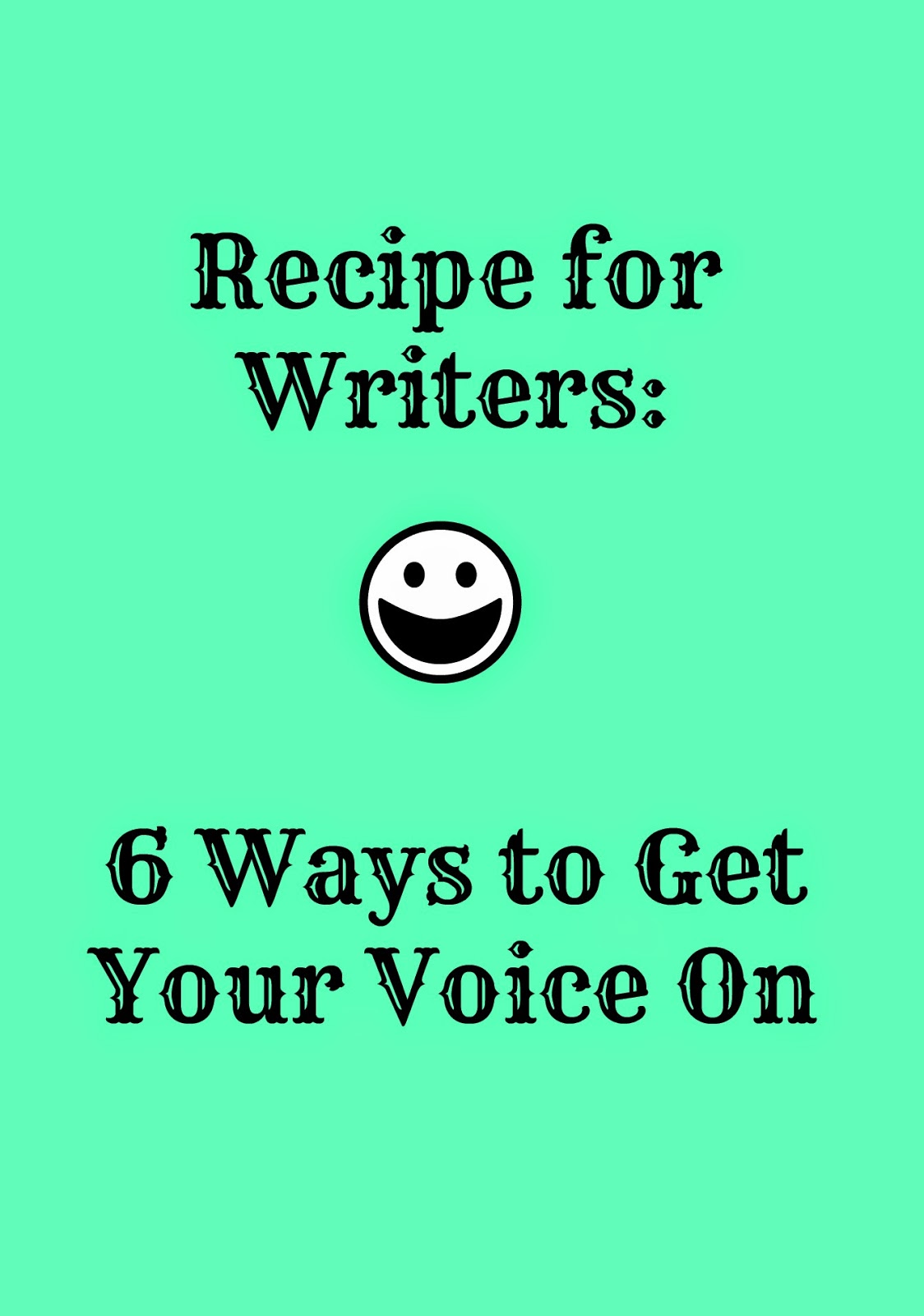 Before I wrote Sense and Sensibility: A Latter-day Tale, I never paid much attention to voice. It was just something that came naturally--the sound of my character's voice in my thoughts. But writing from two different voices forced me to dissect the whole concept of voice. What was voice anyway? And how could I make it so my reader could instantly recognize which character was speaking through her voice?

I've always heard that voice is one of the most important elements of novel-writing. Voice makes your story real. When you have a good voice, your readers feel as if they've entered your characters' world. Voice is something intangible--something you shouldn't think about too much--but in my case, I had to think about it in a tangible way. Here are the tangible elements of voice that I discovered:

To help distinguish the two sisters in my book, I gave one a snarky style and the other a poetic style. One used rhetorical questions; the other didn't. The same went for the use of similes and metaphors--the poetic sister got dibs on almost all of them. The other sister used more precise, technical language.

2. Vocabulary: The vocabulary your character uses will reflect her education, interests, and profession. An artist will describe the world through an artistic lens while a computer programmer may use technical language. Ideally, each character in the book has a unique vocabulary that may include some catch phrases or vocabulary reserved only for him or her.

As I wrote each character, I tried to immerse myself in her world. I searched art books for ways to describe emotions, colors, and facial features. I also browsed the programming shelves at my local bookstore, trying to think like a programmer.

3. Actions: Each character has habits that define her personality. A divorcee may unconsciously rub the finger where she once wore a wedding ring. Someone who's been in a serious accident may avoid driving on the freeway. A construction worker may inspect each building she enters for flaws.  A teacher may have to stop herself from shushing people. All these actions and habits play a part in the voice of a character.

One of my characters tap-danced when she got nervous. As I scattered tap-dance steps throughout the book, they became a way of defining that character's voice. My other character reacted more emotionally and dramatically to events. Her tendency toward drama also became a part of her voice.

4. History: A character's past will also play a part in her voice. This may include past relationships, traumas, and other experiences. If a character has been abused, for example, she may react differently to a sudden movement than one who has always been treated with respect. Her thoughts and reactions depend largely on what has happened to her before.

5. Strengths and Flaws: Every character needs a few strengths and a few flaws. These will also help define her voice. What makes your character special? This could be anything from great business sense or social skills to just being incredibly lucky. On the other hand, what are her weaknesses?  Does she have a bad temper, a mental illness, an addiction to video games? A character's strengths and flaws should pop up again and again throughout the book, not just at the beginning or the end.

6. Interests: Each character notices different things in a scene based on her interests and perspective. A character with an interest in nature will describe the flora and fauna while one who's interested in fashion will notice the clothes people are wearing. Another character may notice food. Still another may notice attractive men. What a character notices and fails to notice says volumes about her.

Trying to further distinguish the two characters in my book, I asked myself what a programmer would want to do on a date. For once, I didn't send her on a date I would have enjoyed. I did the same thing with my artist. My characters' interests governed their vocabulary, their descriptions, and their actions. All these things added together, helped make it so that readers could tell which sister was speaking without looking for their names at the beginning of each chapter.

I'm sure I've only scratched the surface here. I hope what I've learned about voice can help some other writers out there. If you have any advice for me about voice, please leave a comment. Thank you!