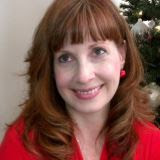 Today I'm sharing a story I enjoyed from Diony George's new book, Heaven is Just a Prayer Away:


Repeatedly through prayer I’ve received wisdom to handle situations in my life I wasn’t dealing well with on my own, especially in my role as a Mother.

My bedroom was quiet, and warm from the afternoon sun, but I didn’t find it comforting as I shut the door behind me. I was exhausted, filled with so much frustration I wanted to scream. I started to cry instead.
My son had lied to me again.

I had tried to do everything I knew how to get him to stop. Nothing worked. Not losing friends, video games or television. Not writing sentences, or doing dishes for a week. And none of the many talks or family home evening lessons we’d had about honesty. My discouragement ran deep and I had run out of ideas. How could I get him to understand the immense value of this principle? How could I believe anything he told me?
I’d prayed about it many times, at least I thought I had, in a general way, but the problem persisted and my discouragement and feelings of helplessness to change it increased.

I knelt down by my bed. The filtered rays of sunshine coming through the bedroom window warmed my back and I started another prayer. I felt tired, sad, and at a loss of where to go next. “Father in Heaven, I don’t know what to do. Please help me…” 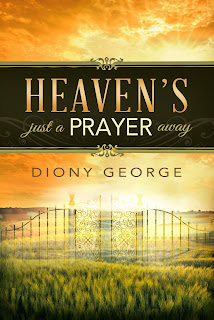 I told him all of my concerns until my knees were sore. When I finished, I opened my eyes and grabbed a Kleenex to wipe the tears off my face. I got up and sat on the edge of my bed. Releasing the emotions helped lighten my heavy heart, but I still didn’t know what to do.

It wasn’t long before a thought entered my mind.

Really, Heavenly Father, I questioned. You want me to do that? How can that possibly work? What about the next time and the next time he tells me something?

I was to tell my son I was not going to look back anymore at the times he’d been dishonest, the times he’d covered the truth with excuses or denials. That was over and done with. From then on, I would believe he was telling me the truth. I was going to trust him.

I called my son to my bedroom so we could talk and I told him right then I was drawing a line, separating the past from the future. I watched his eyes grow bigger as he listened. With parted lips, he searched my face.
“Unless you do or say something to break my trust, I am now giving it to you completely.” Heavenly Father are you sure, I questioned again, feeling afraid.

His answer was a warm feeling of peace.

My son’s eyes watered and he hugged me. “Thanks Mom, I love you.” He turned and left the room.
My tears fell again.

Over the next several months I saw my son change. The first few times I asked if he was sure he was being honest or telling the truth, there was hesitation. Occasionally he changed his answers. As time passed the hesitations disappeared and his responses were strong and firm.


I would never have thought to handle that situation the way I did, on my own. That inspiration and guidance came directly from Heavenly Father as an answer to my prayers.


Diony George is a wife, stay-at-home mom of seven, grandmother of three, motivational speaker, and the author of four books. Through her writing and public speaking she loves helping others draw closer to God. An avid reader whose favorite genre is romantic suspense, Diony also loves to travel, sew, and bake—especially pies and homemade bread. Born and raised in Alaska, she currently resides in Salt Lake City with her husband and family. Mrs. George can be reached through her personal website at http://www.dionygeorge.com
Email Post
Labels: book reviews parenting