Getting the Ending Right

I've been coming home from the library every week with two or three new Romance DVDs to try out. This is how I cope with organizing my taxes and folding laundry. (My husband is going a little crazy. Last weekend, to get me back, he brought home a pile of Star Trek movies.) It's not that easy to find a great romantic movie. They all start out great. It's the end that's the problem, so you have to watch the whole thing before you know if you're going to like it or not.

Writing a great ending is a challenge for any writer. I only found two movies that succeeded in doing this--The Decoy Bride and The Lake House.  They both had likable characters, who were well developed. I especially loved the dialogue in The Decoy Bride. The endings were predictable--a characteristic of the Romance genre--but both movies left us guessing about how that ending was going to come about.

Now, onto Pitfalls to Avoid in Writing Endings:

An Ending that is Too Short I've heard many authors say that you should end the book quickly--right after the climax and resolution. This is what happened in North and South, one of those four-hour-long BBC productions of a classic novel. Though the movie was a bit dismal, I enjoyed learning about the characters and the English industrial age. (I should also mention that the actor who plays Mr. Bates from Downton Abbey has a leading role in it.) During the final episode, I was on the edge of my seat. After watching this thing every night for a week, I was rewarded with a resolution that lasted less than five minutes. Ughh. Even my husband was dissatisfied. We wanted a glimpse into the characters' lives after the resolution. We wanted some more dialogue.

A Climax that Isn't Stressful Enough I'm a fan of classic movies, so I thought I'd try The More the Merrier. The beginning was hilarious and charming. The middle was pretty good. But the conflict kind of fizzled out before we got to the ending. To make a good ending, the characters must suffer. Like Jonah, they must enter the belly of the whale before they can come out on the other side. It seemed like the writers of this movie didn't want to hurt the characters, so they allowed them to anticipate potential suffering and avoid it. Not a good idea. 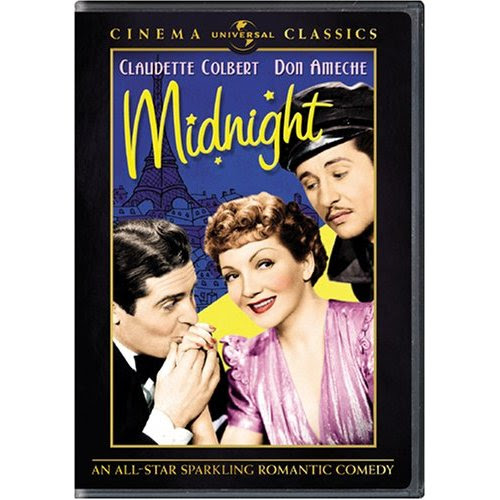 Characters who Aren't Developed Enough In Midnight, another classic movie, the writers got the plot right. It's unpredictable and suspenseful. I liked the main character in the beginning, but I didn't learn more about her during the movie. I wanted to know how she got to be the way she was, and the writers never let me know. Sure, she was witty and clever, but I didn't really care enough about her to get excited about her happy ending.

Characters who Act Inconsistently I know, I should have learned my lesson about classic movies, but I watched another one--The Major and the Minor. Once again, it had a great beginning and middle. In the end, both main characters act against their values, which totally killed the story.

How about you? Do you have any movies to recommend or any advice about endings?
Email Post
Labels: pitfalls to avoid in writing endings writing a great ending