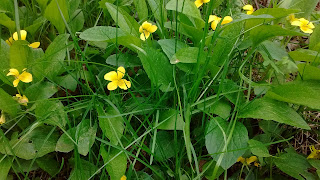 Sometimes during the storms of life, I start to notice the mud more than the shiny green leaves and sparkling stones along my path. It had been a stressful year, dealing with my father’s death and other family health problems, and I wanted to restore my life to its previous luster. I had read John Kralik’s 365 Thank Yous: The Year a Simple Act of Daily Gratitude Changed My Life, but I had never followed his example to write a thank you note a day. At this point, though, I needed to make a colossal change, so I set the goal: write 365 notes of gratitude during the coming year.

After buying handfuls of pretty notecards at a discount, I wrote the first 100 notes. These included letters to my husband, my kids, extended family members, teachers, coaches, and neighbors.  Like a gold miner, panning for gold, I was finding glittery flecks among the dull dregs of my life. Each tiny fleck increased my happiness, and my joy continued to grow as my friends and family reciprocated by sending notes in return.

I taught myself how to use a spreadsheet and kept track of each note written, as well as those I planned to write. This was an important step, as I often forgot which notes I’d sent and which I’d only thought about sending. 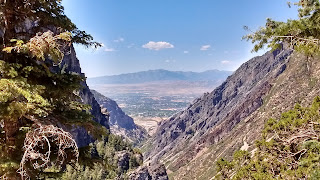 After those first 100 notes, it became more difficult. I wracked my brain, tracking down old friends and communicating my thanks through social media. I thanked neighbors for keeping their lawns beautiful. I wrote short post-it notes with compliments for each student I taught in middle school. I also wrote my elderly aunts and uncles. I thanked my Aunt Carol for taking my mom on fun vacations, my Aunt Sharon for taking me camping as a child, my Aunt Eleanor for nurturing my love of music, and my Uncle Dick for coaching me on etiquette.

I couldn’t have known that within the next year, three of my aunts and one of my uncles would pass away. Because I was traveling in Africa at first and then because of Covid-19, I couldn’t say goodbye to any of them in person, but, as I reflected, I realized I’d already said exactly what I needed to say in the notes I’d sent. The thank you notes had become a sort of peace insurance for me, assuring that, in case anything happens to my loved ones, I’ve already told them how much I appreciate them. 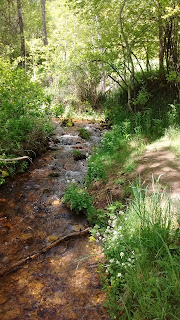 I found the same source of peace when Covid-19 cut our school year short. I was so relieved I’d already told my students what I admired about them because it turned out I wouldn’t get a chance to write in their yearbooks or say goodbye in person.

Hard things continue to happen in my life, but my gratitude project allows me to see past the muddy mess to the brighter patches. Better than that, each little note holds the power to help someone else glimpse the golden sparkles they might have otherwise missed along their own paths.