What's In the Works 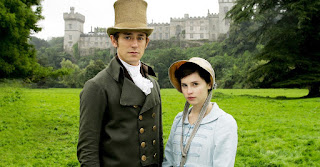 I'm writing another Jane Austen adaptation with my next book, and I am having so much fun with it. This time, I'm modernizing Northanger Abbey, and I'm giving it a Hitchcock twist. Right now, I'm on the second draft--revising, revising, revising.

I love the older Hitchcock movies, and it's been fun to play around with them in a not-so-scary way. 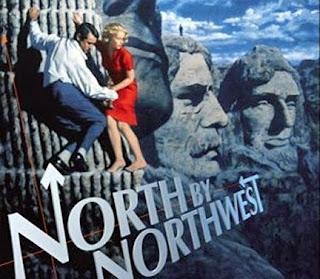 One of my rules for writing a satisfying retelling is to know which scenes are reader favorites. For example, I wouldn’t want to write a modern Persuasion without having a letter from Captain Wentworth at the end, nor would I want to skip Darcy’s insult to Elizabeth at the beginning of Pride and Prejudice. I plan to include as many favorite scenes as I can in this book, and I would love to know which scenes you like best in Northanger Abbey.
One of my favorite scenes from the beginning of Northanger Abbey is when Henry Tilney compares dancing to marriage. It’s such a cute way for him to flirt with her, but it’s not so easy to translate into a modern setting. Nowadays, marriage proposals don’t happen quite as instantly, and men who talk about marriage on the first date would generally come across as creepy. I tried to find a balance by having my female character introduce the idea of marriage.
Here’s my version of the scene:


“I’m still sorry about your phone. How can I make it up to you?”He traced the edge of my menu with his finger. “All I want is a half-hour of your time, and our friend Clayton has already stolen a good five minutes of it.”

“He probably didn’t see it as stealing.”

He winked. “Well, he should have. It’s an accepted fact in the male world that when you ask a woman to lunch, you don’t want anyone else tagging along . A lunch date is a sacred contract between a man and woman.”

“You make it sound like marriage or something.” There I went again, speaking before I thought things through. My cheeks were probably flaming red by now.

“If that’s all it includes, I can keep my end of the bargain,” I said.

He reached out, tracing the tip of his finger over the top of my hand. “Well, there is a little more. We must put up with each other through sickness and health. For better or for worse. ‘Til dessert do we part.”

“Until dessert do we part,” I repeated.

Thank you for stopping by, and please let me know which parts of Northanger Abbey you like best. I’d also love to know if you have a favorite movie version. It seems most people prefer the 2007 version with Felicity Jones. That’s the one pictured at the beginning of this post. There’s also a Northanger Abbey from 1987. I enjoyed both movies.
Email Post