My daughter turns 20 this week, so I decided to throw her a Harry Potter party. My main motivation was that I wanted to try butterbeer. Haha. But then I got on Pinterest and found tons of other ideas. I am not a party-planner type, but I am a Harry Potter nerd, so I went all out. 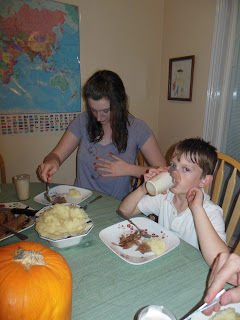 We started out with a dinner of roast beef, mashed potatoes, and butterbeer, which is a mix-up of food from Hogwarts and Hogsmeade. I found the recipes here. (Yes, I also added vegies because I'm a mom, but you will note that the kids have not yet put any on their plates in this picture.) 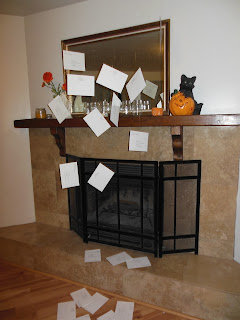 I got this idea to hang up Hogwarts letters in front of the fireplace from buzzfeed. I figured it was a good way to use up all the extra envelops from the graduation announcements, but I added my own little twist. I addressed the letters to the partygoers and put letters or Harry Potter quotes in all the envelops.

This letter begins, "Dear Mr. Jamison, This letter is to inform you that you have been admitted to Hogwarts School of Witchcraft and Wizardry because of the following magical abilities:" Then I wrote down a few of the special things about each person. It was easy to find a Hogwarts logo online. I used "Informal Roman" font. 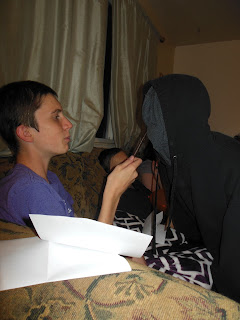 For games, I had one of my kids dress up like a dementor. When he approached someone, they would say, "Expecto Patronum" and tell a happy memory about our birthday girl. (I think I actually made this game up on my own since it's nowhere on Pinterest. Can you believe it?) 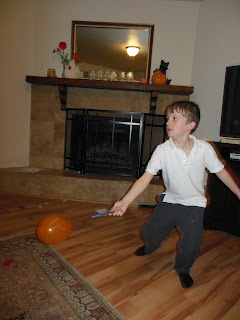 We also played the "Wingardium Leviosa" game from this blog. You keep a balloon from hitting the floor by using your wand. This was very popular with the younger kids. 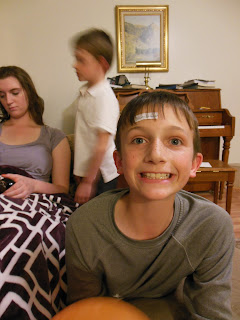 The older kids loved the "Guess your character" game. I put character names on their foreheads and had them ask yes or no questions until they figured it out. I got the idea from this blog and the list of names from Wikipedia. (We used Lavendar Brown, Cho Chang, Colin Creevey, Barty Crouch, Sr., Cedric Diggory, Vernon Dursley, Seamus Finnegan, Viktor Krum, Gilderoy Lockhart, James Potter, Severus Snape, Dolores Umbridge, Aragog, and Charlie Weasley.)

We also played a Harry Potter trivia game that I printed out here. I purposefully looked for hard questions since my kids are die-hard Harry Potter fans, and guess what? They knew almost every answer. 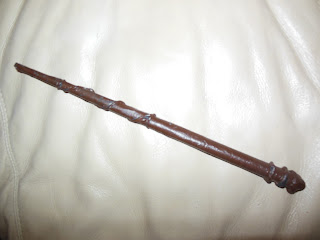 We made wands ahead of time, following these directions. They took longer to make than I thought, so I'm glad we started early. They were very popular with the younger kids. 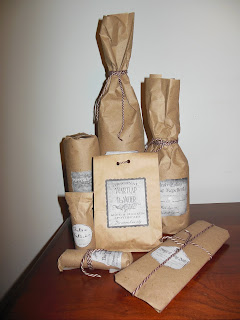 I wrapped the gifts like potions, using labels I found on this site. My daughter has a good job, so she buys herself most of what she needs and wants. I just bought her some fun foods and drinks that I thought she would like. 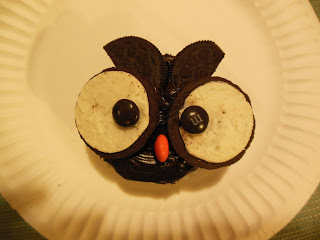 For her birthday cake, we made and ate owl cupcakes, which I found in Family Circle magazine . Looking at this picture, you can tell why I don't have a food blog. It may not be picture perfect, but we had fun.

And now my son wants me to plan a Star Wars party for next month.