Blog Tour: A Death in the Family 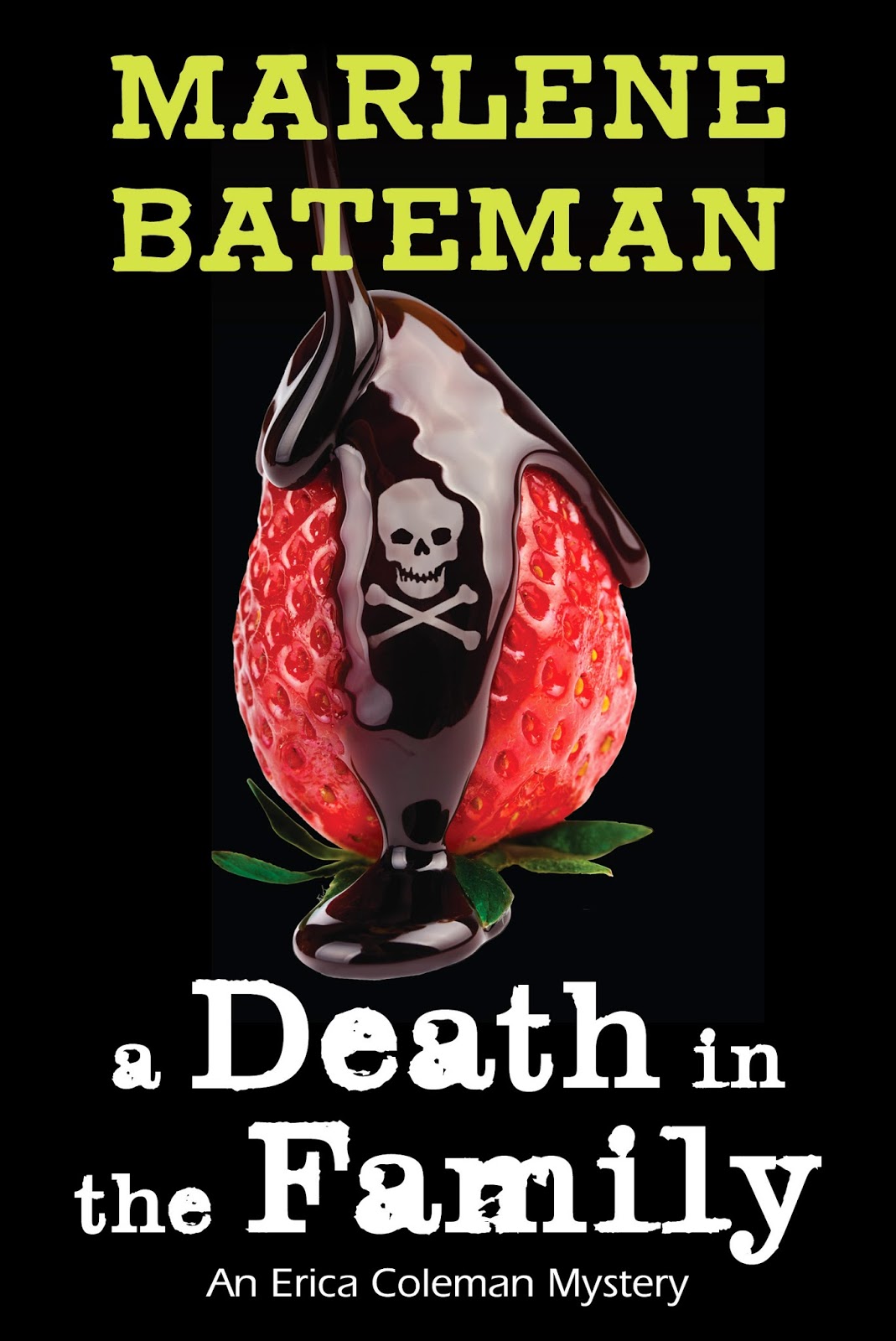 My friend, Marlene Bateman has another new book. It's a murder mystery. I love a good mystery. One of these days, I may just write one myself. Until then, I'll be reading Marlene's.

Meet Erica Coleman—a gifted and quirky private investigator with an OCD-like passion for neatness and symmetry, a penchant for cooking, (ten terrific recipes are included), and a weakness for chocolate.

In A Death in the Family, the second in the Erica Coleman series, private eye Erica Coleman and her family happily anticipate Grandma Blanche’s eighty-first birthday celebration in the picturesque town of Florence, Oregon. But when the feisty matriarch, a savvy businesswoman, suspects wrongdoing and asks Erica to investigate her company, things get sticky.

Before the investigation can even begin, Blanche’s unexpected death leaves Erica with more questions than answers—and it is soon clear Grandma’s passing was anything but natural: she was murdered. When another relative becomes the next victim of someone with a taste for homicide, Erica uses her flair for cooking to butter up local law enforcement and gather clues.

Erica’s OCD either helps or hinders her—depending on who you talk to—but it’s those same obsessive and compulsive traits than enable Erica to see clues that others miss. When she narrowly escapes becoming the third victim, Erica is more determined than ever to solve the case.

Marlene Bateman Sullivan was born in Salt Lake City, Utah and graduated from the University of Utah with a BA in English. She is married to Kelly R. Sullivan and they are the parents of seven children.

Her hobbies are gardening, camping, and reading. Marlene has been published extensively in magazines and newspapers and has written a number of non-fiction books, including: Latter-day Saint Heroes and Heroines, And There Were Angels Among Them, Visit’s From Beyond the Veil, By the Ministering of Angels, Brigham’s Boys, and Heroes of Faith. Her latest book is Gaze Into Heaven; Near Death Experiences in Early Church History, a fascinating collection of over 50 documented near-death experiences from the lives of early latter-day Saints.

Marlene’s first novel was the best-selling Light on Fire Island. Her next novel was Motive for Murder, which is the first in a mystery series that features the quirky private eye with OCD, Erica Coleman.

Here are the links to buy: