Have you heard of Slender Man? It's a hot topic of conversation among pre-teen boys right now. And, as you may suspect, it's a video game. Here's what happens in the game: you wander around in a dark wooded area with only a flashlight. The whole time, you're looking for slender man. Then, when you least suspect him, he's right there--a tall man, wearing a suit. He actually looks a lot like my husband, but his arms are longer. His arms turn into a whole bunch of tentacles, reaching for you. Then the screen goes to static. The boys like to brag to each other about how the game doesn't scare them at all. Not at all. Yeah, right. 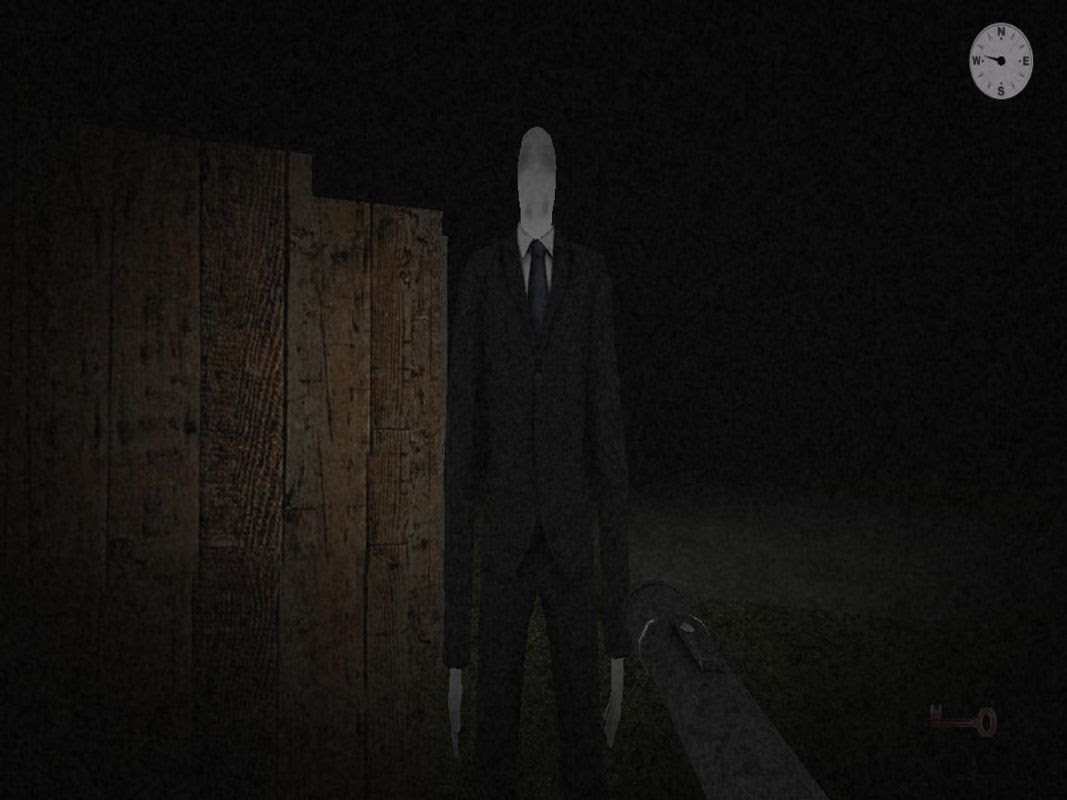 Since my boys started playing this slender man game, they've developed some irrational fears. For example, one of them will no longer take out the trash if it's dark outside. That leaves me with a stinky kitchen in the morning. My seven-year-old is the worst, though. He will no longer go to the basement by himself, take a bath by himself, or go to bed by himself, even when all the lights are on. Funny thing is, neither one of these boys is scared to play on the computer, where they might actually see slender man.

My boys are way past the age for monster spray. They've also lost interest in playing Slender Man, so banning the game wouldn't do any good. Last night, I told them they needed to just grow up and get over their fears. Then I started thinking--who is it that wakes up in the middle of the night because she's scared about silly things like car repairs, stinky kitchens, and remodeling projects? Oh, that would be me.
Email Post
Labels: parenting